How the Jersey Shore Boardwalk Taught Me About Lead Generation

You are here: Home / Lead Generation / How the Jersey Shore Boardwalk Taught Me About Lead Generation
Sketching of arrow with many directions and message 'ways'. Choices concept.

When I was a young lad in high school and college I spent my summers working on the boardwalk in Seaside Heights, NJ.   Yes, the town where the Mtv show Jersey Shore was filmed.
Of course, being of a certain age, I worked there back in the mid 80’s.

My job on the boardwalk was to run the various games of chance.  You could win tee shirts, beer mugs, cigarettes and even color televisions.

The whole secret to running these games was pacing.  My boss told me, “People want to play where people are.”  And he was right.  When I had a crowd, it was easy to keep the crowd there spending money.  I used humor, flattery and pacing to keep the crowd excited and into the game.

Eventually when the crowd went away, and they always did, it was a real challenge to get people to come over and play with no one else playing.

So how does this all equate to lead generation?

Well, you can use a kind of this pacing on your landing pages.  We’ll call it the Bandwagon Effect.

It’s the same basic premise.  People want to do things or participate where other people are doing so.

Think about it, when did you first get on Facebook?  It was probably when you found out people were learning about what your friends or relatives were up to. So you didn’t want to be out of the loop. You wanted to be social, be where your social circle was so you could participate.

People react the same way with a lead generation offer.

Now, the bandwagon effect will not make up for a bad offer or a bad landng page.  It will supplement a good offer and a good landing page.  It could tip the scales for a user who is considering but not fully convinced by your offer and landing page.

Whenever possible use numbers as proof that other people have approved of your offer.  When you mention the number of people who have purchased, downloaded, signed up, or donated, it’s the equivalent of saying all these people have taken advantage of this awesome offer.  Don’t you want to be awesome too?

Just make sure your claims are not only true, but believable.  You don’t need millions or even tens of thousands to have this method be successful.  But if you do have substantial numbers, use them.

You don’t necessarily need to use numbers.  You can insinuate big numbers without actually quoting them.  You can say that “People flock to our event from around the world every year,” or “Join all the people from across the United States who have downloaded this ebook.”

The Bandwagon Effect can really give you a boost in getting some of your fence sitters to convert.  Give it a try and let us know how you make out with it. 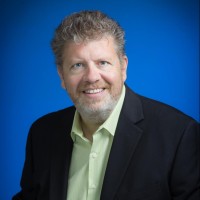 Peak Inbound Marketing Founder, Don Seckler, has over 25 years experience in traditional direct response marketing and he has also been a digital marketer since the beginning. Don was one of the first to use Twitter, Facebook, and Google AdWords. He was in the trenches as the web came to life in the mid-1990s and has been developing and executing successful digital marketing campaigns since then.

Now Don drives digital marketing strategies for clients that generate hundreds of thousands of dollars worth of business.

He also has guest lectured at New York University and Baruch College in New York City. You can see Don speaking at various marketing and networking groups and other events for a variety of industries around the U.S.

The Most Fertile Lead Generation Real Estate You’re Currently Not Using
Next Post: How To Get More Leads Online